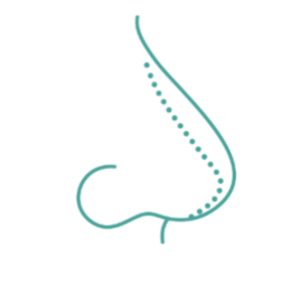 Surgical Contouring of the Nose

A rhinoplasty is a surgical operation designed to reshape the nose. This may be an augmentation rhinoplasty, to improve the appearance of a flattened nose, or reduction rhinoplasty, which reduces the size of the nose. Both procedures are typically performed under general anaesthetic.

The framework of the nose is formed from a bone within its upper half, and cartilage within its lower half. In order to remodel and reshape the nose, cuts are made within the nostrils. In a reduction rhinoplasty, the “ridge” of the nose is cut away, whilst the two sides of the nose are brought together, shrinking the nose in size. This procedure may also require the nostrils to be reduced in width, which involves the removal of a small piece of skin from the floor of the nostril. If you have difficulties in breathing through your nose, you may also benefit from a septoplasty, where the plate of bone separating one half of your nose from the other is altered.

In an augmentation rhinoplasty, a number of materials, including bone, cartilage and synthetic material, can be inserted to raise the bridge-line. These materials are again introduced into the nose via small cuts made inside the nostrils. Bone grafts may be taken from a number of sites around the body, including the hip, elbow and skull. Cartilage grafts may be taken from the ear or from within inside the nose itself.

After either type of rhinoplasty, there will always be some bruising and swelling in the face, which may take up to 3 weeks to resolve. You will be asked by your surgeon to wear a splint overlying your nose during this time.

As with any operation, there are risks to the surgery. Specific risks to rhinoplasty surgery are heavy nose bleeding shortly after the operation, which may require further treatment in hospital. Additionally, due to the remodelling of the nose, some may have trouble with breathing through the nose immediately following the surgery, which should resolve as the swelling goes down. In a very small number of cases, the nose does not appear as the patient would have liked, even after the swelling has subsided. However, it is usually possible for the surgeon to carry out a second operation to correct this. General risks include bleeding, infection and formation of blood clots after surgery.

Mr Anton Fries, Consultant in reconstructive plastic surgery, would be delighted to discuss options for rhinoplasty surgery with you during a private consultation.