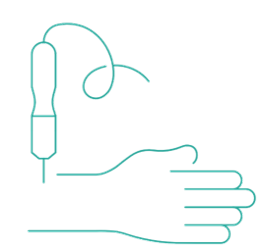 Rapid Relief from the Symptoms of Carpal Tunnel Syndrome

Most cases of Carpal Tunnel Syndrome do not have a clear cause. There is evidence that genes play an important role, as around 25% of patients report a family history of the condition. Arthritis is also an important predisposing condition that can lead to the development of Carpal Tunnel Syndrome. Additionally, the condition may be caused by other underlying health conditions, including obesity, diabetes, pregnancy, underactive thyroid and also may occur as a consequence of kidney dialysis.

Carpal Tunnel Syndrome classically presents with pins and needles in the thumb, index finger, middle finger and part of the ring finger of the affected hand. This may eventually develop into pain or numbness. Severe Carpal Tunnel Syndrome may result in weakness of the muscles of the hand, causing difficulties in hand movements.

Carpal Tunnel Syndrome is usually diagnosed off the basis of reported symptoms and signs elicited at examination. Less commonly, tests such as an ultrasound scan, MRI scan or nerve conduction tests may be requested, to confirm the diagnosis.

Some cases of Carpal Tunnel Syndrome, particularly in younger age groups, resolve on their own without active treatment. However, cases often recur later in life, when it may then be advised to have further treatment.

Carpal Tunnel Syndrome can be readily corrected with minor surgery to the wrist. Surgery involves a small incision made in front of the wrist, which releases pressure applied on the median nerve as it passes through the Carpal Tunnel. This aims to prevent long term damage to the median nerve. This surgery is usually performed under local anaesthetic and will leave a small scar at the front of the wrist. This operation is performed as a day case procedure, so patients usually go home on the same day as the surgery. It may take a few weeks to regain full strength in the wrist and hand following surgery. As with any operation, there is a small risk of postoperative pain, bleeding, infection and damage to surrounding structures, including blood vessels and nerves. Mr Anton Fries, Consultant in reconstructive hand and plastic surgery, would be delighted to discuss management of your Carpal Tunnel Syndrome symptoms during a private consultation.

Mild symptoms of Carpal Tunnel Syndrome may be treated initially with a wrist splint, which acts to prevent extra force being applied to the median nerve at the wrist. If used for a period of weeks each night, this may cause easing of symptoms.